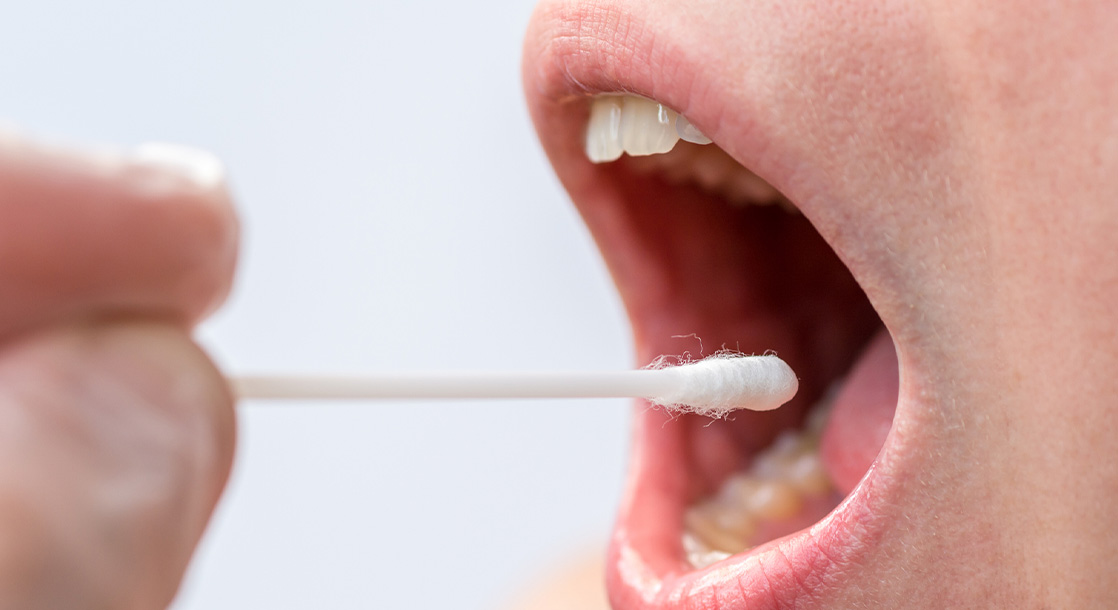 In the age of chemical discrimination, consuming drugs during your off-time at home can catch up to you in the workplace or (even worse) after a court-ordered screening. And now that there’s a saliva test for weed that every police department in the US will soon use to charge cannabis consumers with DUIs, it’s important to understand how these tests work. In some cases, you can even legally beat these tests.

Mouth swab tests work by taking a small saliva sample, usually from the cheek, gums, or tongue, then subjecting that sample to a drug screen. Unlike urine tests or hair follicle tests, which can only detect drugs long after they were consumed and metabolized, mouth swab tests can detect drugs that were recently taken, usually within just an hour or so of consumption.

So, how can you beat a mouth swab test? None of these strategies are guarantees, but they could increase your chances of testing clean.

Avoid Any Drug Use Three Days Prior to Taking the Test

If you know that you’re going to take a mouth swab, don’t take any drugs for at least 72 hours. Mouth swab tests typically work on a 48-72 hour window after the individual consumes a drug, meaning that most drug use will go undetected if you can just hold off for a few days.

Suck on a Sour Candy Just Before the Test

While this isn’t a tried-and-true trick for beating a mouth swab test, sucking on something sour could increase your chances of passing. Some studies show that sour, acidic candies like Warheads can reduce the amount of drugs detected in a mouth swab test. However, sour candies are also used to stimulate saliva production during mouth swab studies — saliva that still tests positive for drugs like meth and cocaine — so sucking on a mouthful of Cry Babies may not get you off the hook if you’ve been enjoying some nose candy.

Rinse with Hydrogen Peroxide Just Prior to Taking the Test

Not everyone keeps a bottle of hydrogen peroxide handy, but if you can manage to swish some around your mouth just a few minutes before taking a mouth swab test, you can increase your chances of passing it. Just as acidic adulterants like sour candies can mess with a mouth swab test, strong bases like hydrogen peroxide can do the same thing, too. Just ensure that whoever’s administering the test doesn’t catch you doing this — otherwise, the gig is up.

You can also swish and gargle plain ol’ water throughout the day prior to taking a mouth swab test, which will dilute the drug contents of your saliva. Again, this isn’t fool-proof, but it’s better than doing nothing at all.

You should be flossing, brushing, and rinsing your teeth regularly anyway, but you will have extra motivation to do so if you know a mouth swab test is coming up. Your saliva glands constantly pump out small traces of drugs into your mouth throughout the day, and that druggy buildup will increase your chances of failing a mouth swab test. Be sure to brush your teeth if you anticipate a test is coming, and feel free to use a non-alcohol-based mouthwash to keep your mouth (and your spit) clean of drug residues.

This trick only works for THC, the chemical in marijuana that gets people intoxicated. THC, unlike most other drugs, doesn’t dissolve in water. Rather, it dissolves in fat, which means your fat cells can trap THC inside of your body — so long as those fat cells aren’t burned prior to and during the mouth swab test.

Eating a diet rich in fats at least two days before a mouth swab test will cause your body to stop burning fat. Theoretically, when the body does this, it should shed fewer THC metabolites into your blood, meaning less THC will end up in your saliva. Again, this isn’t fool-proof, but if done correctly, it could improve your chances of beating the test — unless you’re also hit with a urine test.

Some Words of Caution

Most mouth swab tests won’t test your saliva right there on the spot. Instead, the saliva sample gets sent to a lab which will use either GC-MS or HPLC instruments to detect drugs in the sample. Both GC-MS and HPLC are incredibly sensitive and accurate methods for detecting drugs, so if you recently consumed a drug, you’ll likely test positive from a mouth swab test. The strategies listed here will only minimize your chances of testing positive. The only way to truly beat a mouth swab test (or any drug screen) is to abstain from drug use altogether.

Additionally, trying to cheat a mouth swab test may be a crime, depending on the situation. While it’s rarely considered a crime to cheat a drug screening when an employer orders it, the same is not true if a court or law enforcement agency orders a mouth swab test. If you try to fool a court or the cops, you could be facing additional charges ranging from tampering with evidence to obstruction of an investigation. Think before you try to outsmart a drug screening.