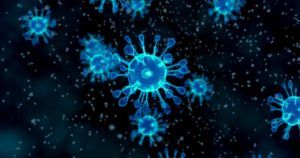 Marijuana retailers, vape product suppliers and MJ industry conferences and trade shows are among the cannabis businesses dealing with challenges related to coronavirus.

MJBizDaily takeaway: On the supply side, businesses that rely on cannabis vape products sourced from China are feeling the strain, as are manufacturers that use Chinese companies to provide packaging. But many are looking at the crisis as a way to better manage their supply chains in the future.

Cannabis retailers are reporting fewer customers but larger purchases as consumers stock up on marijuana products in case the coronavirus continues to spread across the United States and quarantines become commonplace.

Stores also are implementing extra precautions to keep both customers and employees safe.

Nanaimo, British Columbia-based Tilray announced a share offering to raise $90.4 million, which the cannabis producer says will be used for general corporate purposes.

Shares of Tilray fell 75% in the past month, outpacing declines in the broader cannabis market. The S&P/MX International Cannabis Index has retreated 40% over the same period.

MJBizDaily takeaway: Like many cannabis companies in Canada, Tilray was in need of a capital injection due to mounting losses.

The fact that Tilray had to offer such a steep discount to raise funds does not bode well for other Canadian companies in need of financing.

Mississauga, Ontario-based Green Organic Dutchman, for example, has about seven weeks of money left in its coffers, and Alberta’s Aurora Cannabis also will need a fresh round of capital soon.

With an aim of curbing Maine’s illicit marijuana market that undercuts the sales of state-licensed cannabis growers, processors and retailers, a new division of Maine’s drug enforcement agency was proposed.

The state would fund the four-person unit with $649,000 in revenue from marijuana taxes and licensing fees, according to the Portland Press Herald.

MJBizDaily takeaway: The unit would target such activity as illicit marijuana sales to underage buyers. Additionally, the new agency’s civil compliance units would use regulatory tools to encourage licensed MJ businesses to follow state marijuana regulations, such as testing all products.

But some cannabis advocates were upset by the proposal to create a new cannabis-enforcement unit. They argued that, rather than creating the unit, the state could use resources to help new cannabis companies comply with regulations.

Old conflicts between marijuana and hemp producers in California are back in focus this week, with a stalled measure to allow hemp-derived CBD to go in foods, leaving some CBD manufacturers looking out of state for retail opportunities.

MJBizDaily takeaway: Delays are nothing new for California cannabis entrepreneurs at all ends of the THC spectrum.

Businesses making and selling CBD in California should look to their marijuana colleagues for insights on surviving amid uncertainty in the nation’s largest economy.