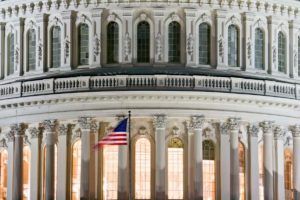 The four lead sponsors of the SAFE Banking Act that passed the U.S. House of Representatives in September are urging the chair of an important Senate panel to work in partnership to move the issue forward in the Republican-controlled upper chamber.

MJBizDaily takeaway: The Senate is unlikely to pass legislation legalizing cannabis at the federal level this year.

However, there is a better chance of bipartisan support on banking reform.

As Republican and Democratic members of the U.S. House pointed out in a letter to Senate Banking Chair Mike Crapo, an Idaho Republican, banking reform doesn’t equate to legalization. Rather, it moves the cannabis industry away from a cash economy and all the associated problems.

Chicago-based multistate operator Cresco Labs secured up to $200 million in debt financing to expand in its home state of Illinois and to help fund other operations.

Between Cresco Labs and Curaleaf, the pair have access to a half billion dollars in new debt.

These deals demonstrate that well-run marijuana companies can sell their stories to lenders and gain access to capital even in the current tight funding environment.

Cannabis store break-ins around Denver hit a three-year high in 2019.

MJBizDaily takeaway: The rash of burglaries and robberies of marijuana shops in the Mile High City illustrates the need for beefed-up security, as the Denver Police Department advised in September.

With marijuana fetching as much as $3,500 a pound on the East Coast and the perception that cannabis stores are keeping large amounts of cash on hand, crime waves against stores in Denver and elsewhere are unlikely to subside.

Medical marijuana dispensaries in Florida have sold more than 22,000 pounds of smokable products in less than six months. That’s more than three times the quantity of all medical marijuana sold in Ohio during the first 12 months in that state.

MJBizDaily takeaway: The strong sales of only one product line shows the Florida medical marijuana market is firing on all cylinders.

Despite the success of medical marijuana, Florida voters will not see adult-use cannabis legalization on the ballot this year.

And with such strong medical marijuana sales, little impetus might exist – at least in the near term – for lawmakers to take the next step to legalize recreational cannabis in Florida.

Price wars have erupted among medical marijuana dispensaries in Oklahoma, and an oversupply of MMJ stores has led to fierce competition.

MJBizDaily takeaway: Oklahoma has among the most medical cannabis stores per capita of any state in the nation.

Inevitably, that will lead to some store closings.

To thrive, shops will need to closely monitor their costs while providing great service and products, which is no easy task.

Zoning is so restrictive in Independence, Missouri, that 88% of the commercial space would remain off limits to a medical cannabis store, argues a dispensary owner in that city.

A judge agreed the state can’t reject the license application until a hearing is held on the zoning, which the plaintiff believes violates the constitution of Missouri.

MJBizDaily takeaway: While this case is specific to one city in Missouri, zoning is an issue with which every marijuana store owner in the country can identify.

If the zoning is ruled too restrictive in this case, it might give municipalities in other states pause when considering zoning restrictions that could end up in a court battle.

Past Pot Use OK For Some White House Jobs Under New...