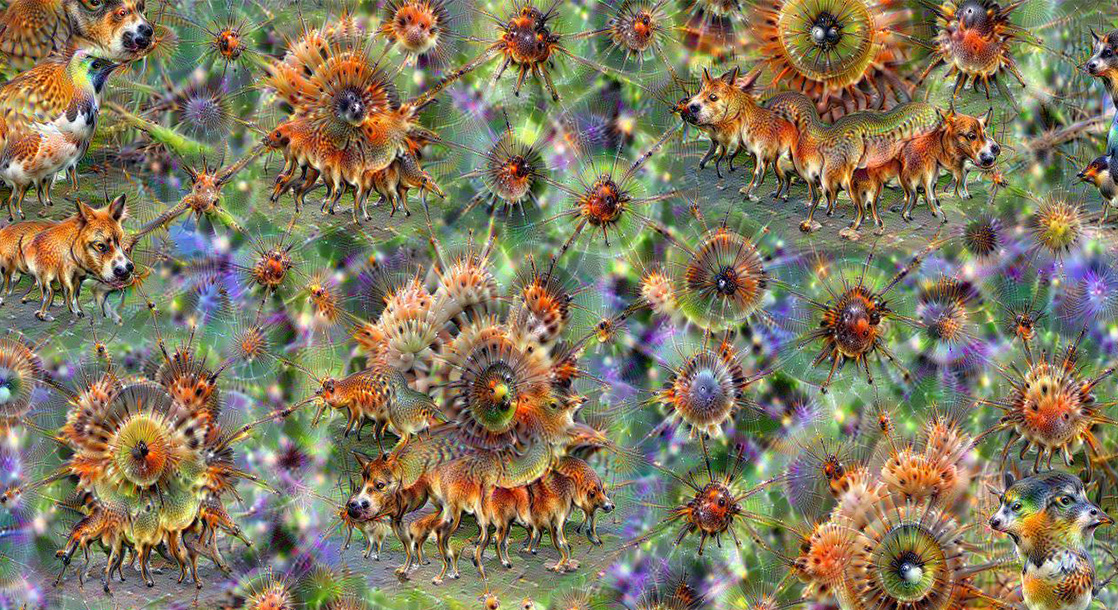 Hallucinations are mystical by nature, whether drug-induced or caused by conditions such as schizophrenia. But what happens inside the brain that causes swirling colors and extraterrestrial worlds to sometimes appear? A team of researchers from the University of Oregon’s Institute of Neuroscience and Department of Biology organized a study to find out — and even they were mystified.

Prior to the analysis, researchers expected to see neurons shooting across the brain met by mismatched signals during a state of hallucination. What they found was far less chaotic. After dosing mice with 2,5-dimethoxy-4-iodoamphetamine (DOI) — a drug that acts like psilocybin and LSD but isn’t regulated by the DEA and is not a Schedule I substance — the mice were shown images on a screen, while scientists measured their responses using imaging techniques.

The findings showed that the drug actually reduced some of the activity among the neurons of the visual cortex. Furthermore, the information transmitted by these neurons didn’t change. During hallucination, rather, the strength of signals decreased, which ultimately altered their timing. But for the most part, overall brain signaling and activity in the visual cortex appeared the same as it did before the mice were on drugs.

Cristopher Niell Ph.D., a researcher on this project, explained to Inverse that these two neurological occurrences could be a reason for hallucination. A decrease in the strength of signals could lead the brain to misinterpret visual data. Combined with altered timing, the visual data is thought to be transmitted to parts of the brain not designed to interpret such information.

Most hallucination studies thus far have been performed on humans. And the majority of these investigations use methods like functional magnetic resonance imaging (fMRI). The issue with these tests is that they provide relatively low-resolution measures of activity across large regions of the brain. At best, they give researchers a general sense that something in the brain is changing. They make it difficult to specifically identify what individual neurons are doing, however.

To look at the individual neurons involved in hallucination for this study, the team used the latest technology in microscopy and electrical recording. Neill explains that using this latest technology “is the difference between listening to the roar of a crowd in a stadium versus being able to hear the individual conversations of people within the crowd.”

Though helpful in understanding how psychedelic drugs impact the brain, the findings of this new report are crucial to grasping what occurs internally when neurological and psychiatric disorders are at play.

“Eventually, we hope to put this all together to help understand in fine detail how the brain creates our representation of the world around us,” Dr. Niell told Inverse, “and how this is disrupted in altered states such as hallucinations.”