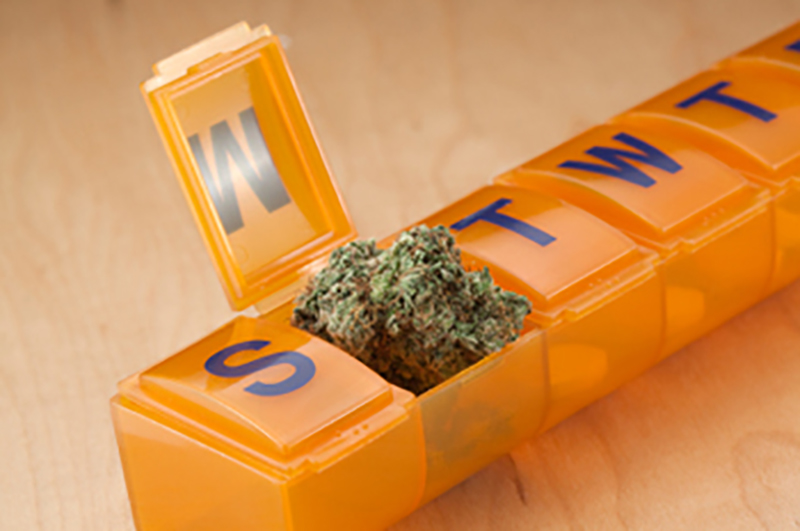 Marijuana is a new drug on the market when it comes to treating very serious illnesses. Despite its infancy, it seems as though studies have shown there is a large amount of potential when it comes to the substance. Cancer is one of the main illnesses that has been studied in regard to the drug, and it seems as though there are several different uses for treating the ailment.

A recent report published in the Journal of Palliative Medicine stated that cancer patients were more likely to choose higher THC content cannabis to help relieve their symptoms. While for starters, this shows that marijuana can be an effective treatment in high doses, it seems as though there are several aspects of the plant that can help different factors of dealing with the illness.

One of the key things that cannabis can treat in regard to cancer is the symptoms that come with traditional cancer treatments. One of the main aspects of the plant is the chemical component, CBD or cannabidiol. CBD has a large number of benefits to it including the fact that it is non-psychoactive or in other words, it doesn’t get the user high. This can be a solid factor to consider when potentially using the substance for the youth or elderly, both of which could have the desire to not feel intoxicated.

One of the main methods of utilizing the substance in recent times has become taking oil droplets sublingually or under the tongue. This method is incredibly fast and is a solid alternative in contrast with smoking the plant. Smoking can be an irritant to the lungs no matter the way, which means that some patients have a higher preference for these edible forms of the substance.

Arum Kim, an assistant professor of medicine and rehabilitation and NYU stated that “although there is growing patient interest in medical cannabis, there is a scarcity of solid evidence about the benefits, risks, and patterns of use of marijuana products in various disease settings.”

This is one of the true issues with using cannabis, and it mostly lies behind the guise of legislation. Because cannabis at least in the U.S., is still federally illegal, it is extremely difficult for scientists to get the ability to study the substance. Kim went on to state that having “such information is important for delivering the best care.” Currently, there are 31 states that have legalized the use of medicinal marijuana, but in order for it to be studied on a large scale level, it seems as though the legislation has to go in on the federal level.

Despite this, cannabis has been shown to relieve many of the symptoms that come with treating cancer as well as the symptoms of having the disease. Because of this, it should be of the utmost priority to researchers to tap into the potential of the substance by studying it in any way they can. Until then, it seems as though the medicinal products will have to do for those who need it.